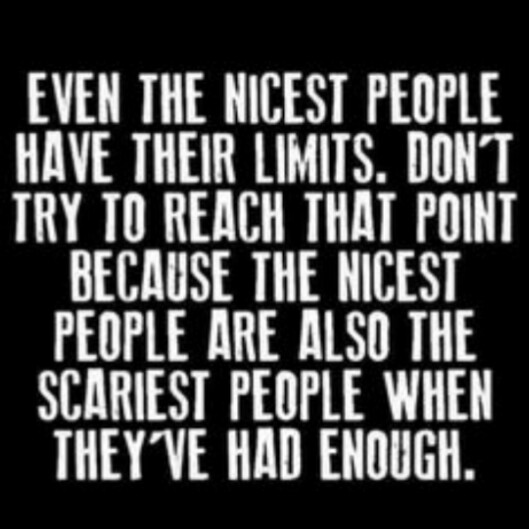 I wish some1 out there knows how 2 break the censorship technology n sorcery of Obama n Trump evil pair. These 2 evil n whomsoever (British pm 1 for sure) r with them r in at all time hi confidence level, successfully hiding the criminals even after 1 year of publishing the names of contributors n plotters of 911 & afterwards many more terrorism acts. My mother was killed in April thru sorcery inflicted diseases. They r desperately trying the same on me everyday but mashallah here I am writing this even after they had directly threatened 2 kill me & my other family members, coward extortionists.

If any1 w/o contacting with me (thru contacts might become unnecessary help for the all evil knowing  filth n foul mouth blak tongue evils) can pass it on 2 any credible but powerful individual or authority in any country 2 give serious consideration 2 the matter I wud highly appreciate that. Also remember these uneducated fools r blaming falsely Islam ie., Allah by hiding themselves. They hav just gone way too far, don’t u think so? Wot u think as a Muslim (or even as a human) yor obligation 2 Allah or morality is? I wud urge u all 2 put urgency in2 the matter bcoz I can clearly c they hav master plans 2 turn every Muslim house in2 Guantanamo bay like sorcery enhancing Guinea pig as well as torrture cells. Pls pray 2 Allah that for his honor n for the sake of his deen this massive n unethical plotters r humiliated n brought 2 justice ASAP.

They r spreading several rumours; 1 time saying paying out significant amounts of stolen moneys my share other times saying hush up fat pay out. Thru these they r creating jealousy among their bought scoundrels with which foreign scoundrels of theirs I had worked.  Thus they r using these greedy evils also trained higher levels of sorcery by them 2 revenge all 3 evils humiliation. Besides they r worried about the. “good names” of their monsterous institutions both government n private thru which they bully n create charm on their false economies n falsely claim as leaders of the “free” world.

TO WHOEVER IT MAY B APPLICABLE.

THE CRIMINALS THAT WERE BEHIND THE 911 TERRORISM:

Although these r “top dogs (I call chechras or crooks) of CIA but it’s common sense given the geopolitical natures of the their terrorism the fish did rot from the heads of uk n american govts n their stupid retard mi5/ cia heads, killer sorcerer ambassadors.

HOW COME THESE NAMES R NOT BEING PUBLISHED ANYWHERE? THE 1ST N FOREMOST REASON IS ISLAM WILL B PROVEN INNOCENT!
SUPERPOWERS? MY FOOT N SOON INSHALLAH SUPER HUMILIATED LIARS N KILLERS. SO MUCH FOR YOR THREAT MURDERER PUBLICITY SEEKER OBAMA/ TRUMP N YOR CLERK PM. U R NOTHING BUT MONKEY LEADERS OF SORCERER TORTURER DISRESPECTFUL HUMAN NUISANCE OF ETHICLESS GREEDY MAD NATIONS, WHO WILL INSHALLAH B TOT SOON N SEVERELY THAT NOBODY IS ABOVE THE LAWS N HOW SHUD CRIMINALS CHOSEN N PROTECTORS OF CRIMINALS SHUD B  JUDGED 2 B PUNISHED. COMPULSIVE LYING CROOK CONSPIRATORS WAIT FOR YOR TURNS.

One thought on “Grab Them by Forlocks”