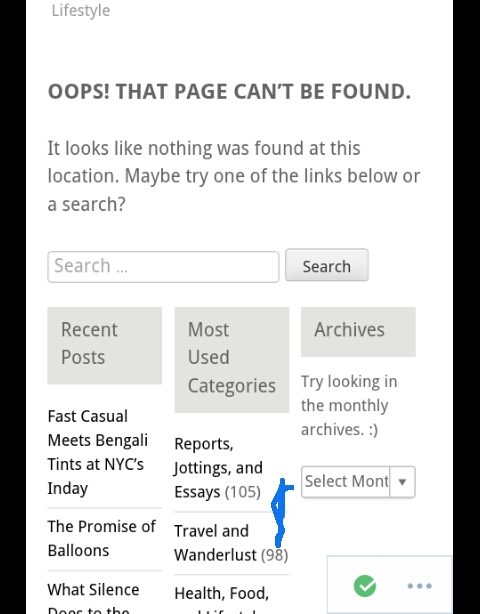 The extent of censorship in bangladesh. Everytime, for the last 2days I tried 2 send a mail 2 a nyc based blog writer RR, it either holds my mail in the outbox or garbles mine with others so that she cant recognize my mail. When.I try 2 pull out her blog (fm her site) on flexi visa between hindustan n Bangladesh the above error msg shown in the screenshot is wot I get.  The following is shown how RR is misled:

Why, thank you for this wonderful compliment. I hope you keep stumbling back!

Wot happened here is sachitra named reader complimented her in the blog.   But I sent a mail 2 her on different topics.  Some1 in between did a cut n paste job n showed I complimented her while she never got my important msg.  Also I am being blocked 2 send her anything from all the apps.  Since allmost all day I was working in wp I accidentally came upon my “compliments” 2 her.  Otherwise it was intended 2 b hidden fm me n I did not get her answers notification which I was supposed 2 receive.